We believe the key to personal freedom lies in education

Deep down, we each know there’s something “more” we can achieve in life, if only we knew how to do it. 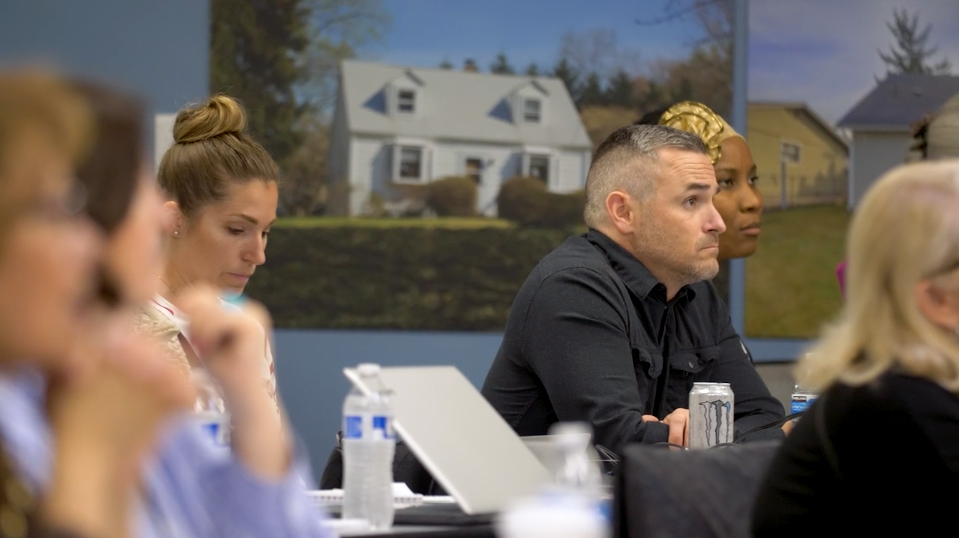 We believe the key to personal freedom lies in education.

Deep down, we each know there’s something “more” we can achieve in life, if only we knew how to do it. Response is here to show you how. We do that with an education model emphasizing learning-by-doing. Textbooks and final exams are so 20th Century. Now, two decades into a new century, we know that when you see how to do something, and duplicate the action yourself (with support from our team of experienced professionals), your path to success is much quicker.

“Walking in here to Response adds a lot of credibility- the place is really, really nice. They keep raising the bar as far as the speakers go.”

Make no mistake:
This is still an educational process.

You need to pay attention, assimilate what you learn, and yes, you have to do the work yourself. But we’re there, every step of the way, to support you on your journey. That’s the Response difference.

“The education at Response is set up in such a way that anyone could build upon- but the more you put into it, the more you get out of it.” 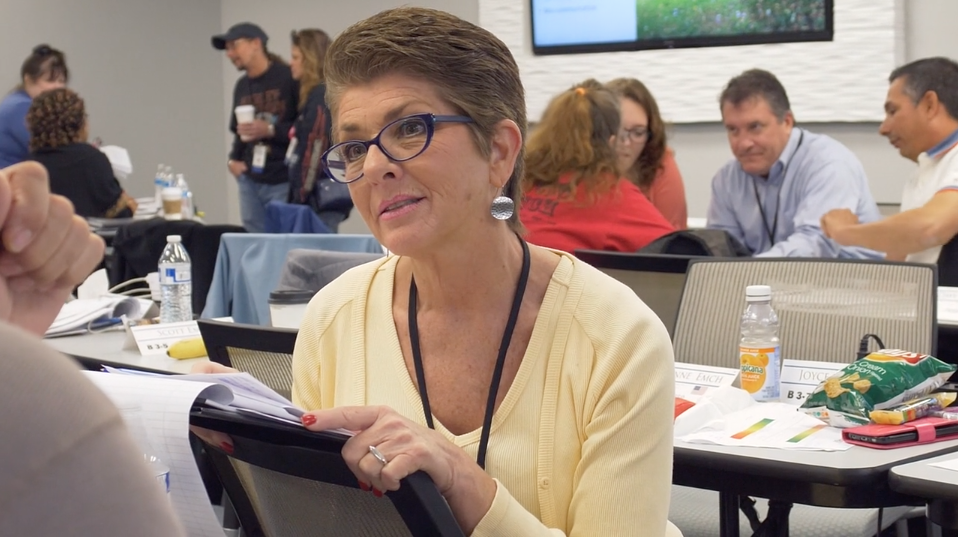 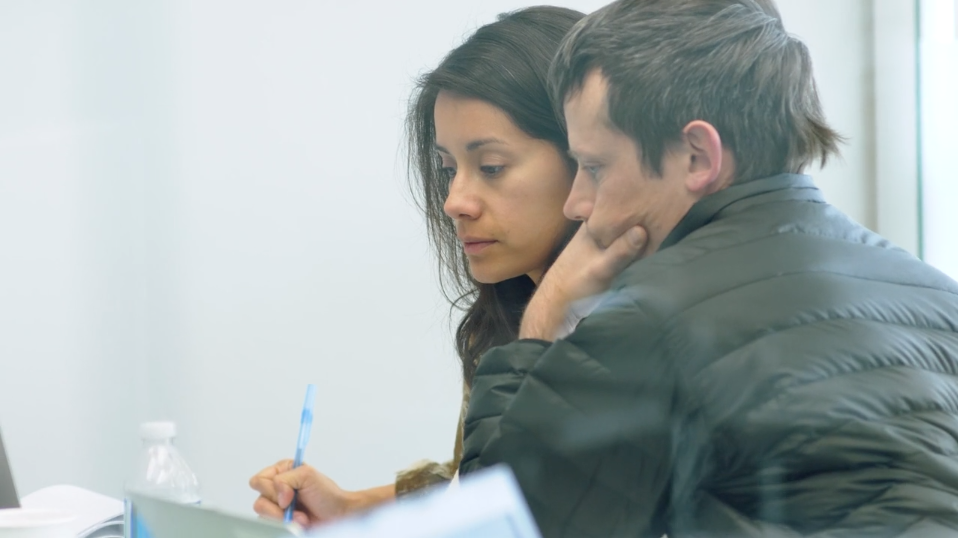 Since our youth, we’ve been taught the importance of staying in school. We’ve been told that if we go to school, get good grades and stay out of trouble, we’ll find a successful career with a wealthy income. Parents and teachers promise we can do anything we set our minds to. Can it really be that simple? Have you ever known anyone with a college degree who doesn’t make as much money as they thought they would, or they don’t like what they do for a living? Have you also noticed those rich and famous entrepreneurs and celebrities who never went to college or never got a degree? We’ll explore some of the differences between an education by traditional means, such as a college or university, and some non-traditional means, such as self-education or education outside your typical college or university school.

“I am really enthusiastic about this company, Response, because of the advancement in their education, their technology, and their speakers who are excellent. They know what they're talking about and they're going around and answering my questions whenever I have them.”

What's the difference between Traditional and Non-Traditional education?

What does this data tell us?

In recent years, we’ve seen a dramatic shift in costs associated with attending a traditional college or university. Goldman Sachs says many students are better off not going to college, if it’s a mediocre one. They report that college graduates of mediocre schools earn less, on average, than high school graduates. They even warn those who are considering mid-tier colleges as well, due to the costs and the opportunities the education may or may not provide. “The average on going to college is falling,” Goldman Sachs researchers wrote. In 2010, the typical college student had to work 8 years to break even on their bachelor's degree investment, Goldman found. And it’s only getting worse. Future traditional education will still require the same amount of credit hours be achieved, but the price tag for those credit hours will continue to increase. The current student debt is over $1 trillion now and employers are frustrated that they can’t find graduates with the right skills – they’d prefer to hire based on experience and professional achievements. Simply put, tuition is rising quicker than the average income potential (1).

A separate study shows 71% of all college graduates carry student loans with an average of $29,400. It’s only worth going into debt with education if the earnings are there, based on your plan and objectives. Both the amount of debt and your ability to pay it off in a reasonable amount of time are determined greatly on the school you attend and the field of study or degree you earn. Do your research and plan according to your earnings potential (both dollar and time) and your passion (2).

8 YEARS
Time a typical college student spent working to break even on bachelor degree investment in 2010
1 TRILLION(apprx.)
Current Student Debt in U.S. for Traditional education
71 PERCENT
of all college students carry student loans with an average of $29,400

Although not always the case, there are many experts who say going to college is not as much about gaining an education and learning skills, as it is about simply paying to have a degree. Academically Adrift: Limited Learning on College Campuses found that 36% of college students “did not demonstrate any significant improvement in learning” during their college educations. While it appears that a traditional education provides the environment and resources for a student to gain an education, there are far too many who simply aren’t learning the valuable skills necessary to build a successful career (3).

Many students are graduating from college with little understanding of math, reading, civics, or economics. In 2011, 35% of students enrolled in college reported they studied 5 hours or less per week and there was a 50% decline in the number of hours a student studied and prepared for classes compared to a few decades ago. In 2013, 56% of employers thought half or fewer of graduates had the skills or knowledge to advance within their companies. 30% of college students felt that college did not prepare them well for employment, specifically in areas of technical and quantitative reasoning skills. A 2011 Pew Research survey found that 57% of Americans felt higher, or traditional education, did not provide students with good value compared to the money spent (4).

This isn’t to say that there are not great colleges and universities who provide an extremely high level of learning, but we’re seeing a major shift in the internet age and due to various economic factors.

A traditional education provides an opportunity for interpersonal relationships and skills and exposes students to a wide array of culture and diversity. Many lifelong friendships are found and a network of likeminded individuals is created. It’s difficult to put a price tag on these relationships but you’d be hard pressed to find anyone willing to pay close to $20,000/yr just for the relationships. With the cost of traditional education going up each year, it’s causing more and more students to live at home with their parents. Those relationships may not be the ones they’re looking to develop. A key aspect you might consider when evaluating your learning method.

Why are some people successful in reaching their career path, while others are not?

Many people who go to a college or university go on to live a perfectly happy life, obtaining everything they set out to accomplish. There are far too many, however, who go through years of college only to end up in a career unrelated to their degree. We all know someone with a college degree from a good school but who don’t like their job or don’t have the pay they expected to receive when meeting with college and university counselors. And, there are some who never obtain a degree at all but go on to build wildly successful careers.

The key to “success” is not just obtaining a degree – it’s obtaining an education and doing something with that education. Some of the most accomplished people in the world are self-educated. These are the people who are really engaged, focused and driven and you’ll find these people from all walks of life and with varying degrees of education. These are the people who learn so that they can make a difference in the world – not to necessarily pad their resumes with degrees and credentials. These are people who learn when they’re not on a deadline or budget – they learn because they want to.

Will You Be Successful? Click here to read A Tale of Two Students

Why do some successful entrepreneurs choose not to pursue a degree or further education?

It’s important to not confine success to financial stability. Although this is typically a primary component, there are many people who live perfectly content lives while receiving a modest income. Career success can mean you simply love what you do – it may not be as important to you as the income earnings. Others may define and measure their success by their financial situation. It’s important to evaluate and consider the kind of lifestyle you want. Your goals should be lifestyle-minded – not financially-minded. Remember, finances should only be the measurement by which you achieve your goals, or the vehicle to take you where you want to go.

Success does not require traditional education, nor is it necessarily predicated upon the school you went to or the degree you received. Much of success can come from pure luck. You have the greatest impact on your success (how you define it and how you achieve it) and you do not need to rely completely on a specific type of education to find it.

Many successful entrepreneurs we know today (Richard Branson, founder and Chairman of Virgin; Charles Culpepper, owner and CEO of Coca Cola; Walt Disney, Disney Corporation Founder; Bill Gates, Microsoft Founder; Michael Dell, founder of Dell, Inc.; Mark Zuckerberg, founder of Facebook; Mark Cuban; Steve Jobs, co-founder of Apple) dropped out of college in pursuit of greater opportunities. Because opportunity relies heavily on timing, what might have happened if each of these individuals continued their education and received Master or Ph.D. degrees from their schools? It’s quite possible that the windows of opportunity for each of them may have closed or been altered significantly. Instead, they left college to focus on their dreams and their passions. How would you calculate the loss of opportunity each of these individuals may have had? How would this have impacted themselves and the rest of the world had they stuck with the status quo and pushed their dreams aside in order to obtain that college degree that our society has socially tied to intelligence and opportunity? Elon Musk, co-founder of PayPal and current founder and CEO of Tesla and SpaceX attended college and received multiple degrees, but left earlier than planned to take advantage of the .com business era. Some of the wealthiest individuals in the world do not have Ph.Ds. This isn’t to say that many geniuses in their fields have not gone on to make a huge impact – there are many who have changed the world forever and have gone on to win the Nobel Prize and other prestigious awards. All-in-all we see that traditional education (an elite school with a high tuition and tough classes) is no longer as necessary to someone’s financial outcome.

Successful Entrepreneurs who left college in pursuit of greater opportunites

Who benefits most from non-traditional education?

Those with enough determination and passion toward their objectives, will consequently be inclined to deeper learning and study. Everything requires some type of education, whether it be learned by observation, read from a textbook or manual, learned from experience, etc. Self-education, if done correctly, can be more economical, provide more freedom, more applicable and much more rewarding. The experts in their fields are experts not because they read a lot, but through application of what they have learned. There is no better self-education than trial and error.

Consider non-traditional education as you invest your time and money on building your future. Attend a seminar, take a course, go on a weekend retreat, get some mentoring. Start building a better future now.